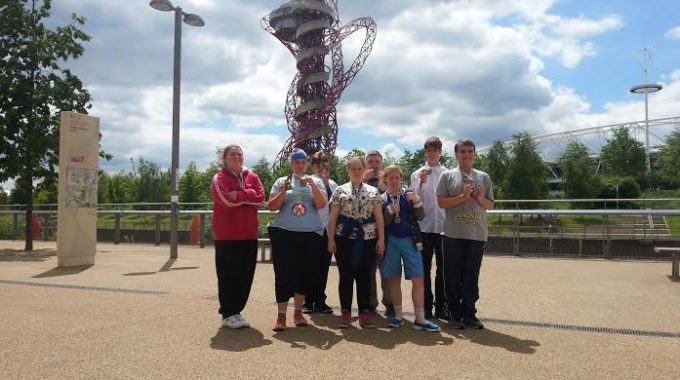 On a grey, wet, Tuesday morning, the St John’s Sticklebacks (Swim team) made their way across London to the Olympic pool in Stratford to compete in the London and South East England swim finals. The Sticklebacks qualified for the event by winning the Essex heat and teams were competing from as far afield as Norfolk. This time the competition was also slightly nervier for our athletes as not only was it the finals but many of our team had friends and family that had made the trip to cheer them on.

Our team had been looking forward to this event for a long time and an air of confidence could be seen in our team as they approached poolside for the warm up and competition brief. After they huddled for the final time for a raising speech from the team manager Karen Hennessey they were ready to go.

Once again Nathan Pain was our first swimmer competing in the 25 metre freestyle race. Nathan exploded off of the blocks and words could not describe Nathan’s race. He destroyed the field winning by at least 5 metres; we were off to a magic start. Kara Harrison followed in the 25 metre backstroke. Her stroke was streamlined but so was the swimmer from West Lea School in lane 3 and over the last few metres the West Lea swimmer got the better of Kara pushing her into second place.

Bethany Hennessey and Tommy Parsey were next up in the 50 metre relay race. They gave their all in an extremely hard field and came in fourth. We were in need of a good swim to stay in contention and next up came Karl Brown who would have won the medal for the largest smile if there was one. Karl was competing in the 25 metre floatation race and just when we thought we were out of the medals Karl pulled off the swim of his life; he won the race by a fingertip. This was followed by an equally magnificent swim from Amy Michelle who won her heat with ease, leaping to the touch like a dolphin. Harry was our final individual swimmer and much like the rest of the team he worked his invisible socks off in the 25 metre freestyle race. Harry came third and St John’s was in a good position going into the team events.

Our first four man team stepped up for the treasure hunt, a timed float and weight collection competition. Isabelle Edwards, our team captain competed in this one and on first inspection it looked like she had commanded her team to a winning result. This unfortunately is a result that we will never know as the officials kept the result close to their chest. Two huge races followed for St John’s to have chances of winning the title, the ball shuttle race and the raft race. The Sticklebacks worked tiredly in both races and gave themselves a fair chance of making the podium. On an extremely tight call which needed to be recounted they were beaten into second position by West Lea School. Another amazing result for the Sticklebacks, a National medal for the trophy cabinet! 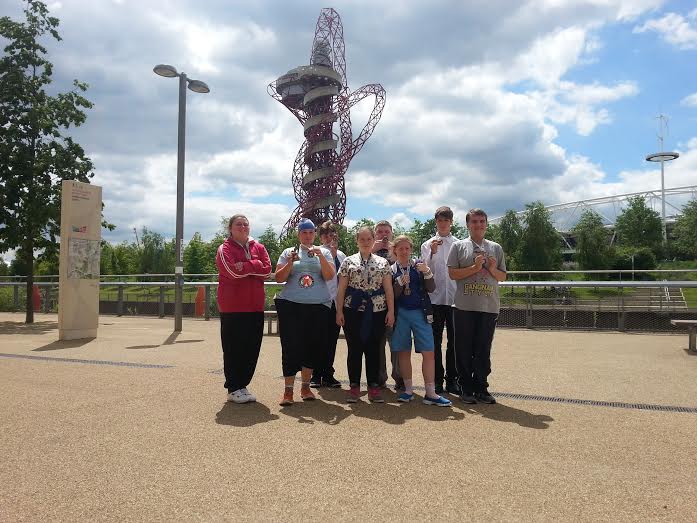